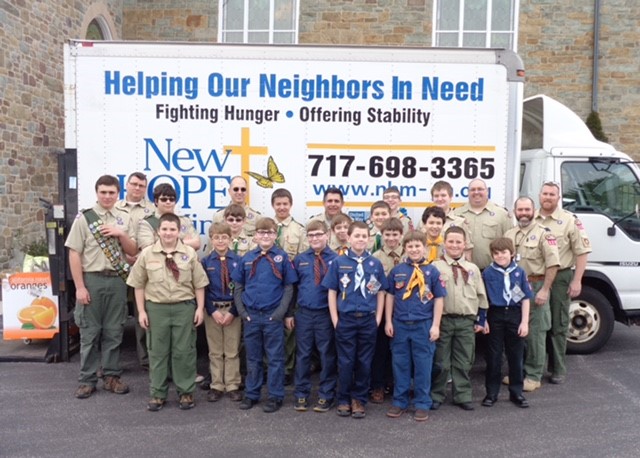 The Boy Scouts of America annually celebrates its founding on February 8, 1910, based on the program started by Lord Baden Powell in England on August 1, 1907. As the Scout Law says that a “Scout is Reverent” and the Scouts of all ages promise to do their “Duty to God”.  This year the scouts of Troop 88 joined out neighboring Boy Scout Troop 127 and Cub Scout Pack 127 for mass celebrating Scout Sunday at Immaculate Heart of Mary Church on February 7th, 2016.  In addition to participating in mass, the scouts help to collect canned goods donated by the parishioners of IHM, hense the “Souper Bowl” for the New Hope Ministries to help those in need. 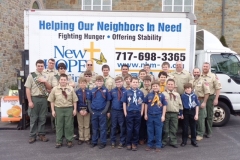 Additional photo’s can be found in the Troop 88 Photo Gallery.